Home
What to Expect at Your First Class Sign Up For a Free Trial Class Now! 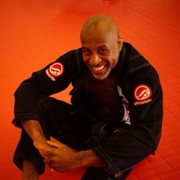 Mark was raised an Army Brat and lived all over the United States. He began his Martial Arts training at the age of 8, studying Tae Kwon Do while living in Honolulu, Hawaii. While serving in the U.S Army his interest in Martial Arts was revived after watching Royce Gracie defeat much larger opponents in the Ultimate Fighting Championships. Mark began training in Brazilian Jiu Jitsu in 1999 and earned his Black Belt in 2007.

Mark served 8 years as a United States Paratrooper and served in both operations Desert Shield and Desert Storm. After an honorable discharge from the Army, he went on to graduate from Virginia State University. After college, Mark worked with troubled youth as a Probation Officer for the Fairfax County Juvenile Court and Juvenile Detention Center for 8 years. He currently serves as an Attendance Officer for Loudoun County courts and the public school system.

Mark has combined his love of martial arts with his understanding of working with young people and has developed a fun and safe environment for kids to learn Jiu Jitsu. 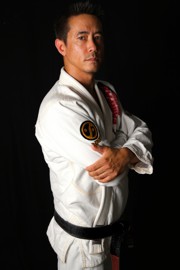 After watching the first UFC's in the early 90's, Sam began searching for a practical martial art that was grounded in effective techniques rather than forms and board breaking. After some disappointing experiences with more traditional martial arts, he began training submission grappling in 1997 in his garage with friends. In 1998, he began his formal training in Brazilian Jiu Jitsu. From that first group class experience, he was hooked and has been passionate about BJJ ever since. Sam is committed to helping students connect with Jiu Jitsu and teaching effective technique, new and old. He enjoys coaching FJJ competitors and can be heard loudly “advising” and supporting students at the local, national, and international tournament scene. In 2012, as a brown belt, he won the gold medal at the International Masters Championship in Rio de Janeiro, Brazil. Coach Kim is a 2nd degree Black Belt belt in Brazilian Jiu Jitsu and teaches both adults and children at FJJ.

Sam has been involved in the development of mixed martial arts and the growth of combat sports in the area for many years. He was the matchmaker for the Mixed Martial Arts Championship (MMAC), the first ever professional MMA event held in the nation's capital at the DC Armory. Leading up to the event in 2007, he worked with the team, the commission and local officials to get MMA officially sanctioned in the city.

Sam holds a Masters degree in Clinical Social Work (MSW) and is a Virginia Certified Substance Abuse Counselor. Outside of the Academy, he works in private practice as a mental health therapist working with adolescents and adults. Sam is the proud father of three children. His son, Matthew, began in the kids program at age 6 and is now a blue belt in Brazilian Jiu Jitsu. Matthew is an assistant coach with the FJJ's kids program helping the next generation learn and grow to become successful young men and women. 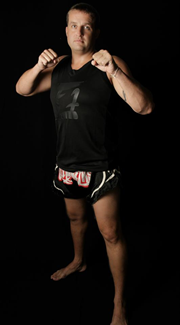 Matt has been involved with martial arts for over 27 years since starting in Judo when he was 8 years old. When Matt was 14 years old he started training in Kwok Wu Chen, which is a blend of Tomoi (Malaysian kickboxing), Kung Fu, and Tae Kwon Do.

In 1993, when Matt was 18, he enlisted in the US Navy. After completing Underwater Mine Warfare A-School, he was stationed in Okinawa, Japan. While serving in Okinawa for 4 years, Matt trained Japanese style Thai Boxing and Western Boxing at the World Boxing Gym and at the Hiranaka Gym. Matt fought and won 3 times in Japan.

In 1998 Matt completed his enlistment and returned to the United States. He trained kickboxing with Ray Casal in Niagara Falls, NY.

In 2002 Matt graduated from State University of New York at Brockport with a bachelor's degree in Physical Education and Health. Matt moved to the Northern Virginia area to teach physical education at a local elementary school. He also started training Muay Thai. 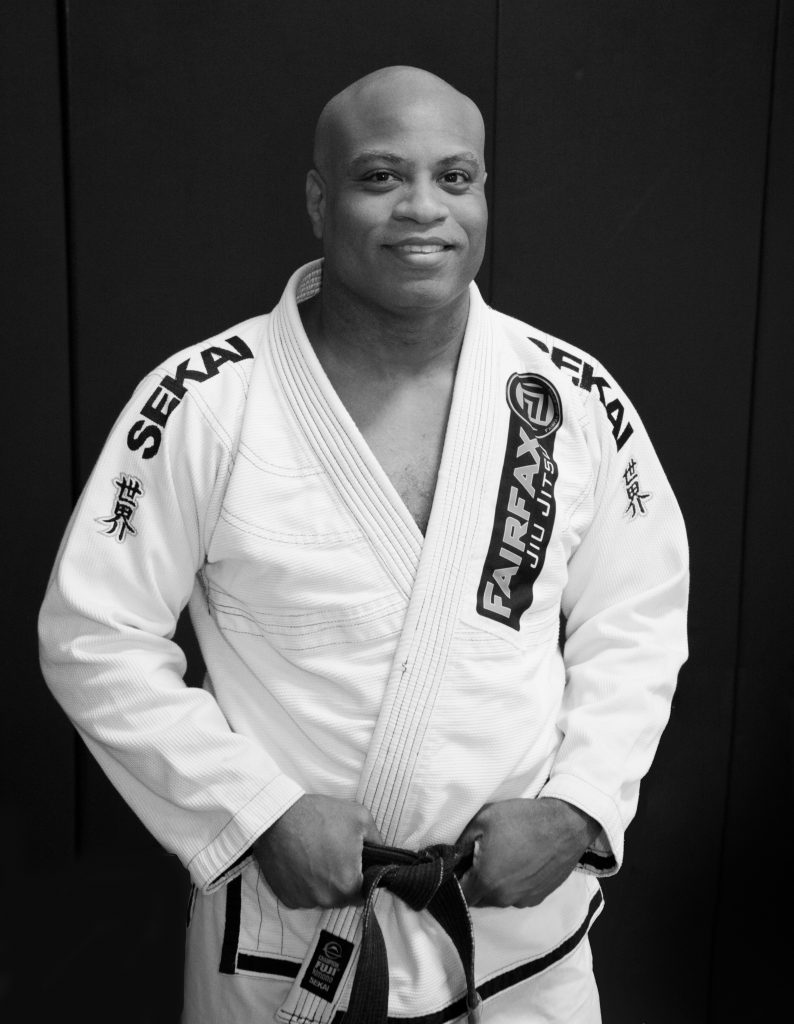 Brian, affectionately known as “B. Jones,” started training in Brazilian Jiu Jitsu in 2000. He received his black belt in 2013.

He was the Silver Medalist in the 2011 International Masters Championship in Rio De Janeiro, Brazil and the Bronze Medalist in 2012.

Brian has worked as a Probation Officer for Fairfax County since 1998, helping kids navigate the legal system and successfully serve out their court-ordered probation. He is also a Certified Handle with Care Instructor, providing training on how to restrain out of control youth in a safe manner.

Bill is a lifelong martial artist and has been an active competitor since he stepped onto the wrestling mats at age 5. He is a Black belt in Brazilian Jiu Jitsu, a Black belt in Judo, a former D1 collegiate wrestler, and he has over 20 amateur fights in boxing, kickboxing and MMA.

Bill has trained Professional MMA fighters who have competed in: The UFC, One FC, Bellator, Glory, Titan FC, King of the Cage, M-1 Global, Ring of Combat, NAAFS, Shogun Fights, CFFC, Cage Titans, NEF, BKFC, RFC, and Battleground. In addition to pro fighters, he has trained a number of amateur MMA champions in Virginia, Ohio and Florida.

Some of his personal accomplishments in combat sports include: 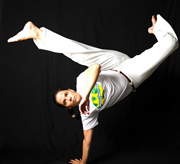 Yara Cordeiro holds a Bachelor's Degree in psychology and physical education, and has been a physical education teacher for over ten years. She has Graduate Degrees in Sports Psychology and in Capoeira from the University of Brasilia (UnB) and a Master's Degree in Psychology from the Brasilia Catholic University (UCB). She has consistently directed her studies towards understanding the unexplored aspects of the relationship between capoeira and sports psychology. This has led to the publication of three books: Capoeira, Identidade e Adolescencia [Capoeira, Identity and Adolescence] (2008); Capoeira e desenvolvimento [Capoeira and development] (2005) and Capoeira e auto-estima [Capoeira and self-esteem], (1998/2003), the latter now in its second edition.

Besides her academic work in capoeira, Yara has been a practitioner for over twenty-five years and a teacher for over 15 years. She has held workshops and given lectures about capoeira in Brazil and the U.S. Yara is qualified to teach capoeira to the most diverse groups: children, adolescents, adults, people with special needs and the elderly. She has created a special fitness program that uses capoeira movements for aerobic and localized exercises, as well as another program that uses capoeira movements as a form of body expression and for choreography.

Yara has traveled around the world showing capoeira. She took part in workshops and shows in Brazil, the U.S., France, Switzerland, Germany and South Korea, among other countries. From 2000 to 2004, Yara also competed in regional, national and world championships, achieving the following ranks:

For additional information go to www.abadadc.org